Free delivery on orders over £30 ➝ 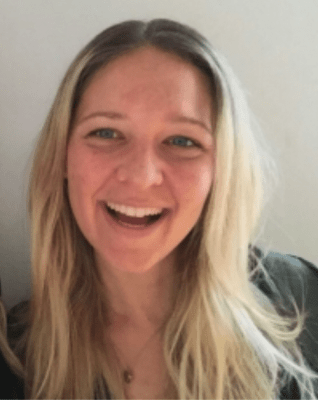 What is Rhodiola Rosea?

Rhodiola rosea is an adaptogenic herb that’s known for its effects on balancing stress-levels, improving brain functioning and increasing physical stamina. Adaptogens including Rhodiola are a group of plants that can help the body adapt to physical, mental & emotional stress.

This unique herb, also known as ‘golden root’, grows at high altitudes in the arctic areas of Asia and Eastern Europe and has been used as part of traditional medicine practices for many centuries in parts of Scandinavia, Russia and Asia. The Vikings used Rhodiola to enhance physical strength, the Sherpa people in the Himalayas used it when climbing at high altitudes, including to conquer Mt. Everest – it’s known to prevent altitude sickness and Soviet astronauts were given Rhodiola for its physical & mental benefits when venturing into the unknown.

We use a branded Rhodiola extract called RhodioLife® which is standardized to 3% Rosavins & 1% Salidroside and is sports grade BSCG certified drug-free.

Studies have found that Rhodiola contains more than 150 kinds of bioactive chemical compounds including rosavins (unique to Rhodiola Rosea) and salidroside which are responsible for its therapeutic effects.

How does Rhodiola help the body to be more capable of dealing with stress?

One of the main benefits of Rhodiola is to help you balance stress in your body & mind. Rhodiola Rosea contains rosavins that have the ability to help balance cortisol, the ‘stress hormone’ – making it one of the most effective adaptogens in fighting the negative effects of stress.

By keeping cortisol levels balanced, it can improve our health in many ways, especially when it comes to feeling younger and more energised. High cortisol levels over an extended period of time may contribute to poorer cognitive performance, accelerated signs of aging, higher levels of psychosocial stress, hormone imbalance, weight gain, weakened immunity and exhaustion.

Rhodiola has been shown to enhance cognitive functioning, improve memory & learning and protect the brain; it can help decrease mental fatigue and symptoms like brain fog & lack of concentration. One study has shown Rhodiola to increase long term potentiation in the hippocampus, related to improvements in spatial and temporal memory.

Rhodiola may help to increase the sensitivity of neurons, including the neurotransmitters serotonin and dopamine. These neurotransmitters are known for increasing focus, memory, pleasure, and overall mood improvement – increased dopamine sensitivity has been shown to help fight cravings and addictions. They’re important for preventing anxiety and depression and benefit those suffering from attention issues or memory loss, making Rhodiola an effective natural antidepressant and nootropic.

How can Rhodiola help increase energy and physical performance?

One of the most popular uses of Rhodiola is for increasing energy, endurance and muscle recovery, great for those wanting a natural way to increase athletic performance.

Rhodiola has been shown to have anti-inflammatory benefits that support the rapid recovery of muscles and improve endurance. It was also found to increase levels of endurance due to its ability to increase the production of ATP, which is needed for cellular energy.

This makes Rhodiola ideal as a natural remedy to help with physical performance and recovery from workouts.

We use RhodioLife® in our Flow blend, a patented Rhodiola Rosea extract which has been clinically studied for sports & cognitive health. It’s wildcrafted in the pristine Altai Mountains in Siberia, standardized to 3% Rosavins and 1% Salidroside and is sports grade BSCG certified drug-free.

Our vision is to make the highest-quality adaptogens easily accessible, convenient & delicious, helping more people benefit from their balancing properties and find their flow.